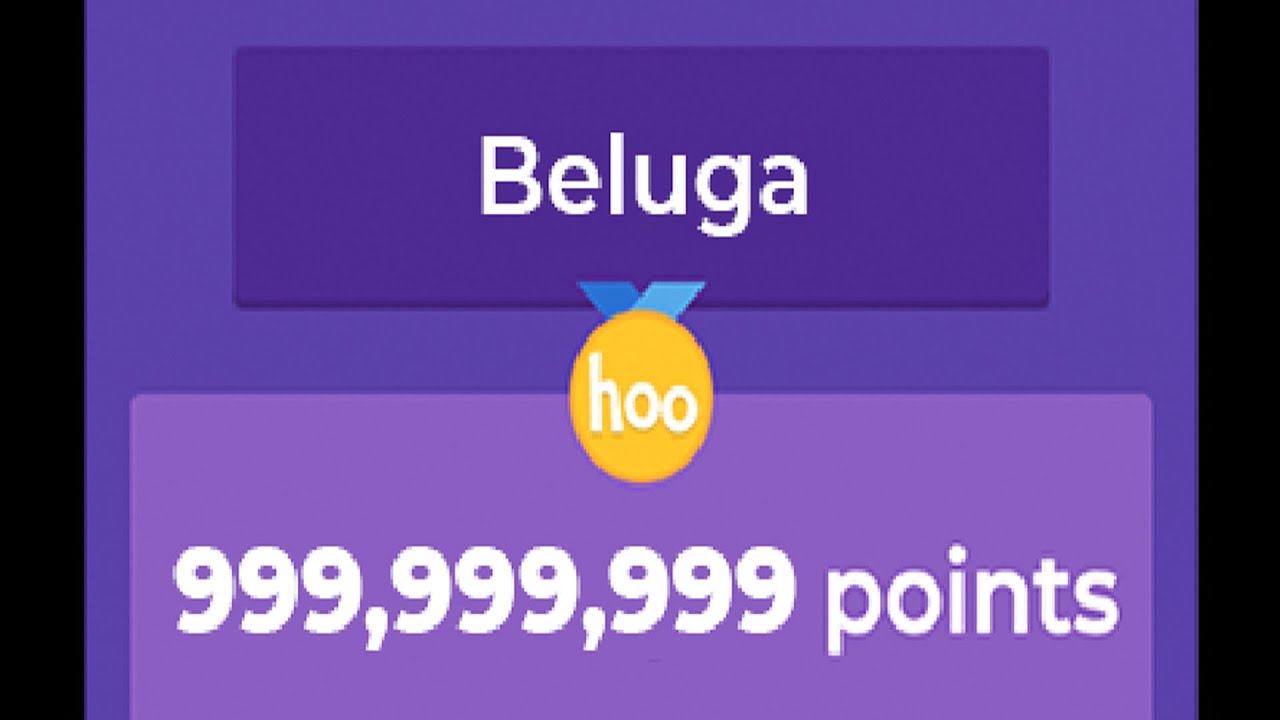 When You Cheat in School Kahoot...

Never try this at school. 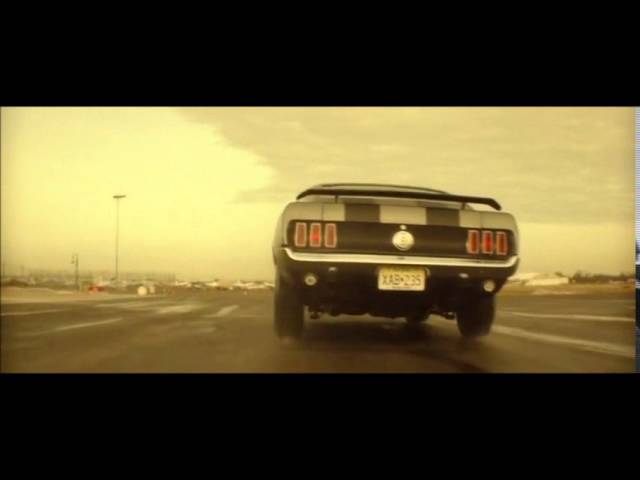 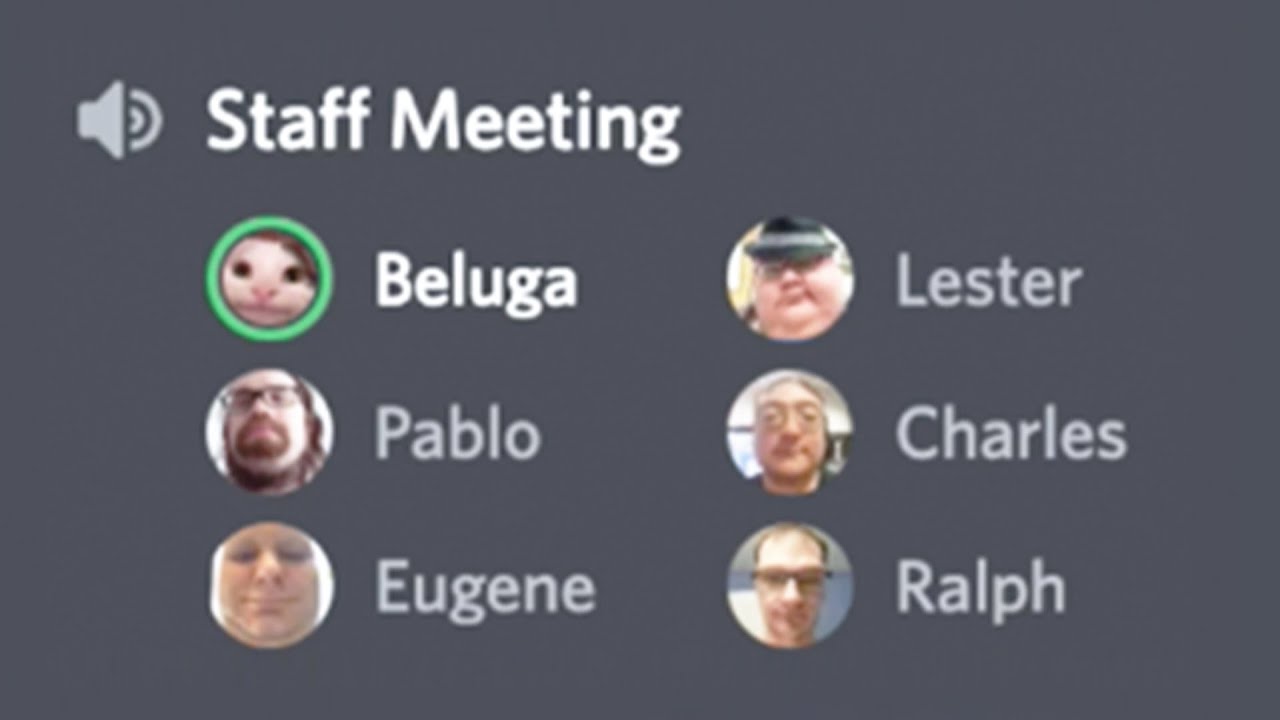 When you accidentally unmute your mic...

Never unmute your mic in Discord. 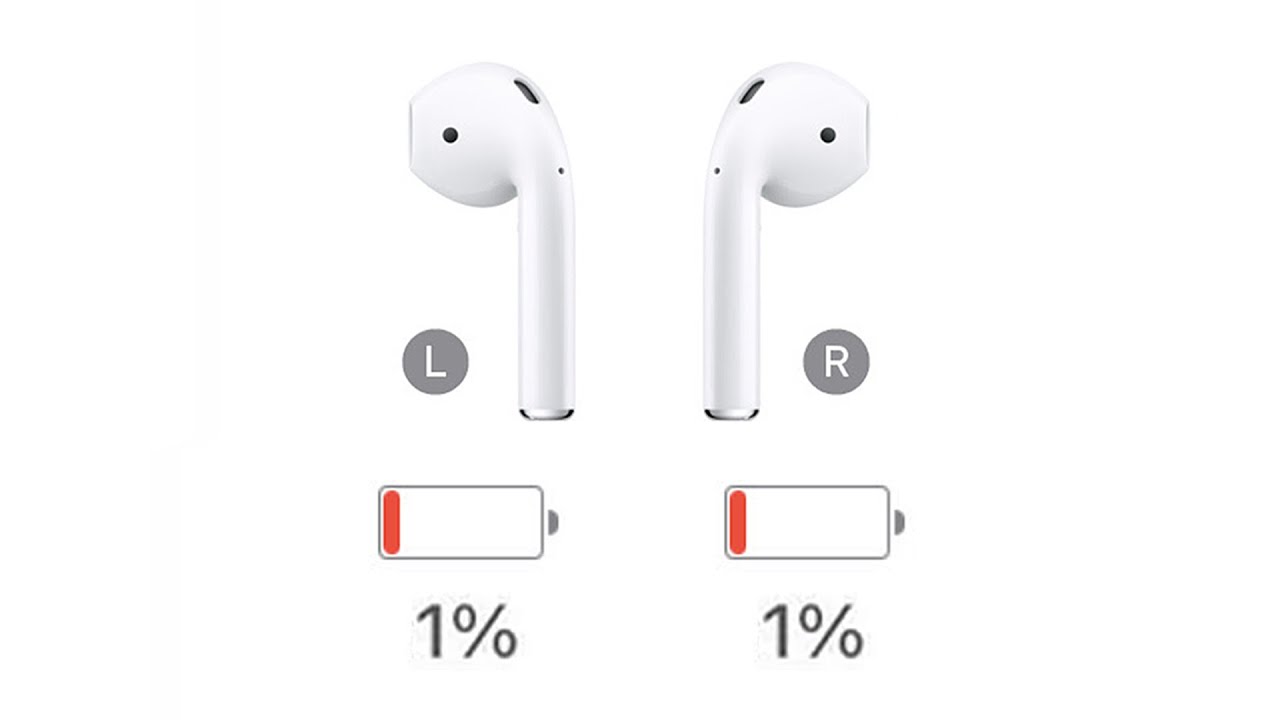 When Your AirPods are at 1%

1% AirPods battery is the worst thing that could happen. Time is running out... you need to act fast. 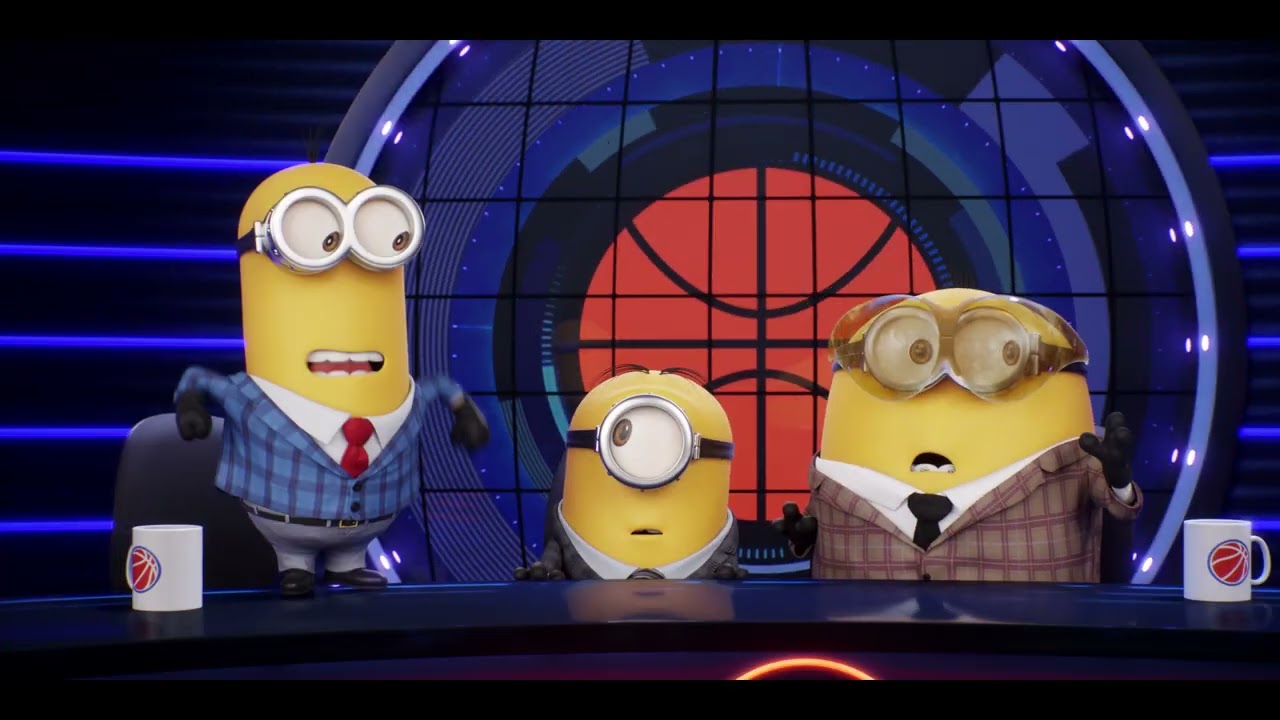 This summer, from the biggest global animated franchise in history, comes the origin story of how the world’s greatest supervillain first met his iconic Minions, forged cinema’s most despicable crew and faced off against the most unstoppable criminal force ever assembled in Minions: The Rise of Gru.

Long before he becomes the master of evil, Gru (Oscar® nominee Steve Carell) is just a 12-year-old boy in 1970s suburbia, plotting to take over the world from his basement.
It’s not going particularly well. When Gru crosses paths with the Minions, including Kevin, Stuart, Bob, and Otto—a new Minion sporting braces and a desperate need to please—this unexpected family joins forces. Together, they build their first lair, design their first weapons, and strive to execute their first missions.

When the infamous supervillain supergroup, the Vicious 6, oust their leader—legendary martial arts fighter Wild Knuckles (Oscar® winner Alan Arkin)— Gru, their most devoted fanboy, interviews to become their newest member. The Vicious 6 is not impressed by the diminutive, wannabe villain, but then Gru outsmarts (and enrages) them, and he suddenly finds himself the mortal enemy of the apex of evil. With Gru on the run, the Minions attempt to master the art of kung fu to help save him, and Gru discovers that even bad guys need a little help from their friends.

Featuring more spectacular action than any film in Illumination history and packed with the franchise’s signature subversive humor, Minions: The Rise of Gru stars a thrilling new cast, including, the Vicious 6: Taraji P. Henson as cool and confident leader Belle Bottom, whose chain belt doubles as a lethal disco-ball mace; Jean-Claude Van Damme as the nihilistic Jean Clawed, who’s armed (literally) with a giant robotic claw; Lucy Lawless as Nunchuck, whose traditional nun’s habit hides her deadly nun-chucks; Dolph Lundgren as Swedish roller-skate champion Svengeance, who dispenses his enemies with spin kicks from his spiked skates; and Danny Trejo as Stronghold, whose giant iron hands are both a menace to others and a burden to him.

Steered by the franchise’s original creators, Minions: The Rise of Gru is produced by visionary Illumination founder and CEO Chris Meledandri and his longtime collaborators Janet Healy and Chris Renaud. The film is directed by returning franchise filmmaker Kyle Balda (Despicable Me 3, Minions), co-directed by Brad Ableson (The Simpsons) and Jonathan del Val (The Secret Life of Pets films), and features the iconic voice of Pierre Coffin as the Minions and a killer ’70s soundtrack courtesy of legendary Grammy-winning music producer Jack Antonoff. 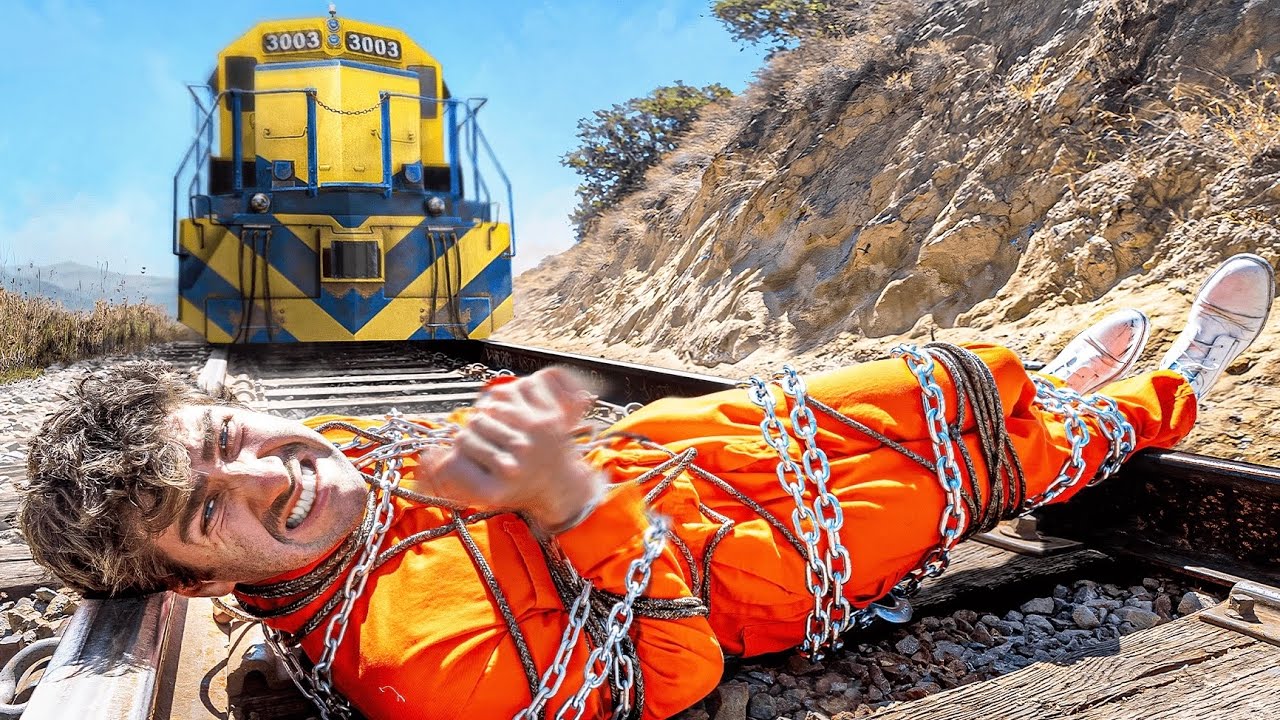 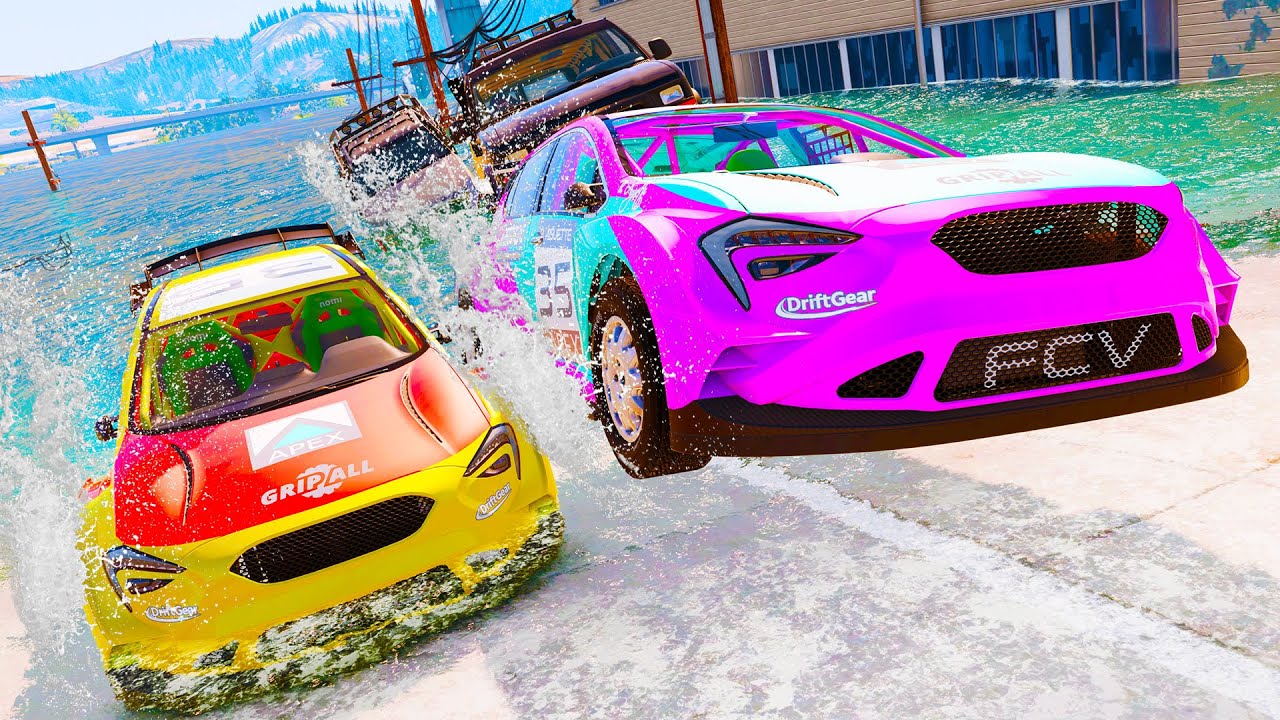 The Most Extreme CAR HUNT Yet! MASSIVE Flood Destroys Us All! - BeamNG Multiplayer

Check out my CUSTOM PC's Specially made to play BeamNG!
https://apexgamingpcs.com/products/neilogical
USE CODE "NEIL" FOR 5% OFF! 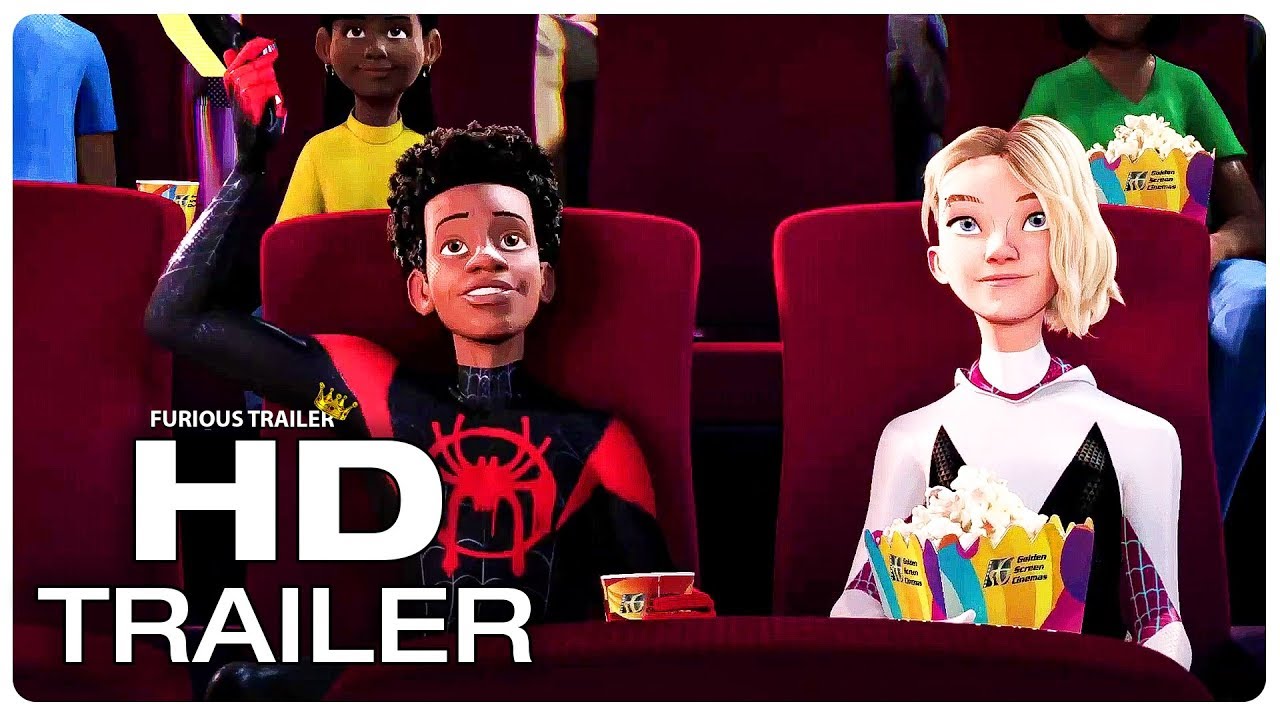 SPIDER-MAN: INTO THE SPIDER-VERSE Miles And Gwen Date Night Trailer (NEW 2018) Superhero Movie HD
Furious Trailer ➤ Subscribe For All NEW Movie Trailers ➤ https://goo.gl/eydsEv
Subscribe To Furious Trailer To Catch Up All The New Movie Trailer, Movie Clips, TV Spots & New Trailer Compilation Just For You. Subscribe Now and Turn The Notification On To Never Miss Any Official 2018 Movie Trailer From Us.

Spider-Man crosses parallel dimensions and teams up with the Spider-Men of those dimensions to stop a threat to all reality. 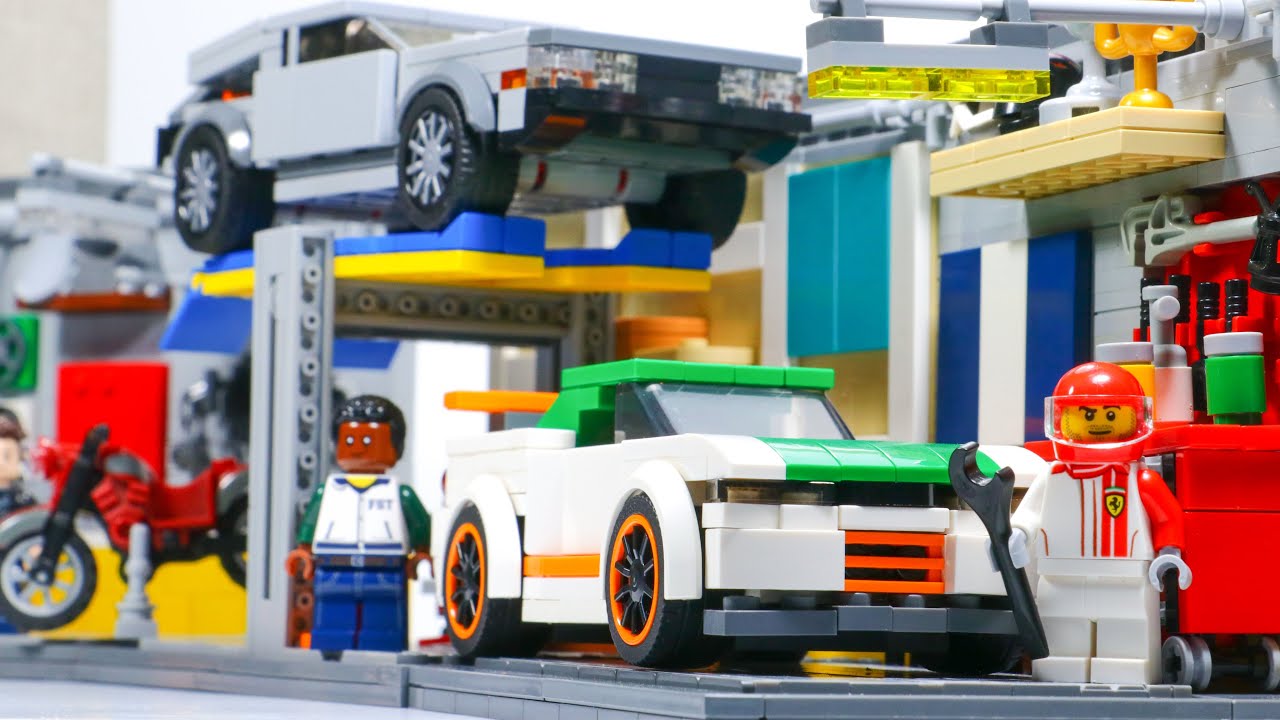 New viewer or subscriber? Interested in more content? Feel free to check the selection of video playlists provided on my channel page. Select from a wide variety of content and find what interests you most!

WANNA GET HOLD OF ME? Contact me via EMAIL: td.brickz@gmail.com 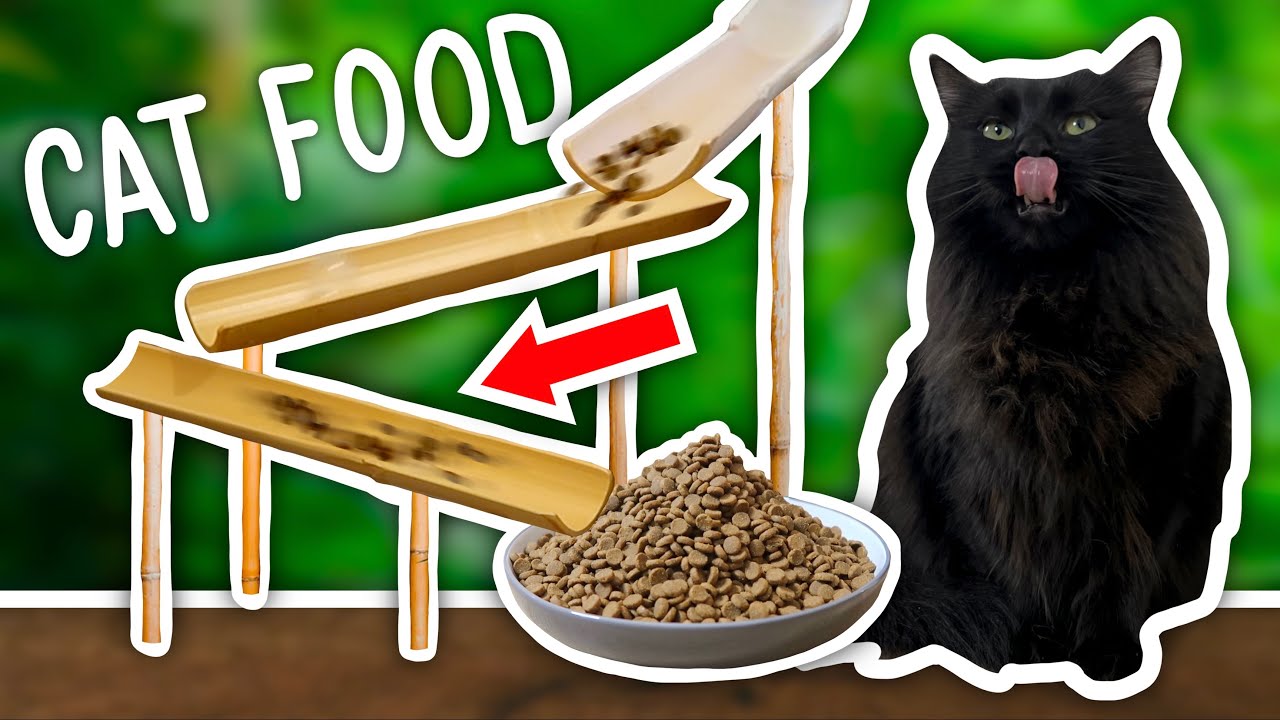 I Built a GIANT MARBLE RUN to Feed My Cats!

Visit https://www.kiwico.com/HalfAsleepChris to get 50% off your first month of any KiwiCo subscription!

I Built a GIANT Cat Food Marble Run. My cat Ralph wakes me up every day by meowing at 6am, so I built a contraption to feed him from my bed. It's a giant marble run, where the balls of cat food zoom all around my house before cracking open and feeding Ralph and Bella

This video is sponsored by KiwiCo 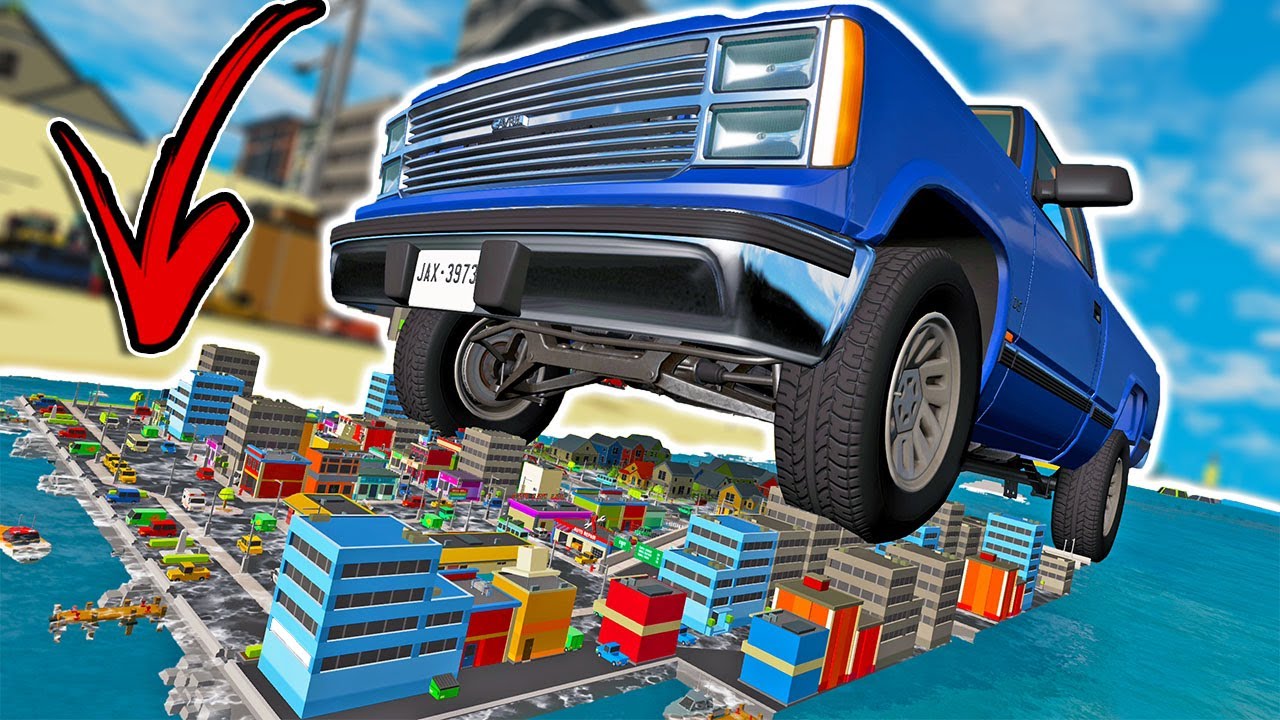 The Most MIND BLOWING Map Ever Made In BeamNG Drive! - BeamNG MP 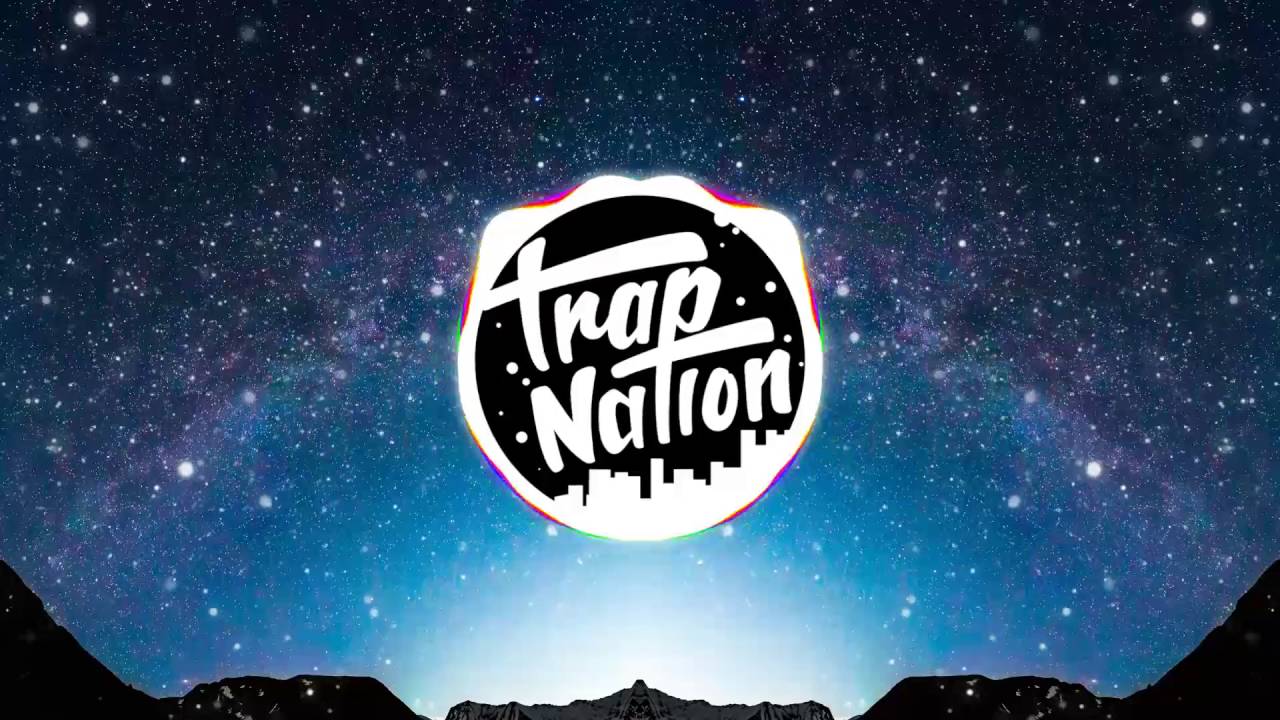 🚫 The music and the background in the following video are not free to use, if you'd like to use the music in this video, please contact the artist. 🚫

⚠️ These videos may cause people with photosensitive epilepsy to convulse in seizures. Viewer discretion is advised. ⚠️
#trap 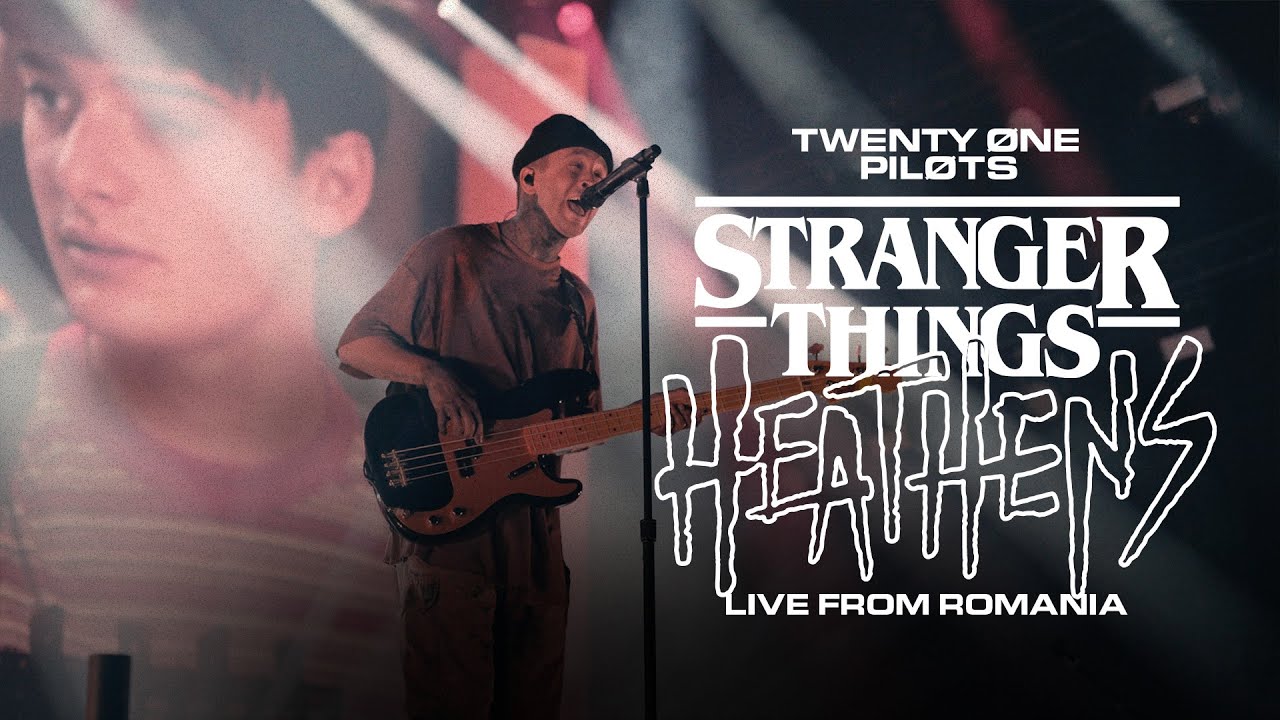 THE ICY TOUR
get tickets: http://twentyonepilots.com/tour 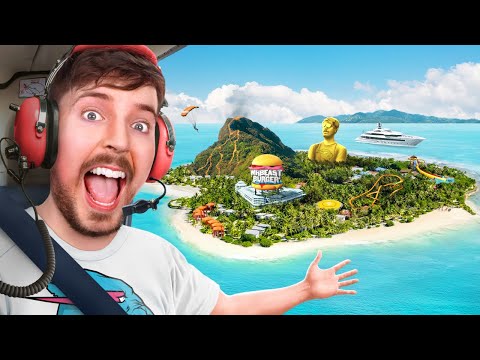 🚀Launch a store on Shopify, I’ll buy from 100 random stores that do ▸ https://shopify.com/mrbeastNew limited 100M merch drop 🚨 Buy a shirt, get a secret MrBeast video ▸ https://shopmrbeast.com/shopSUBSCRIBE OR I TAKE YOUR DOG╔═╦╗╔╦╗╔═╦═╦╦╦╦╗╔═╗║╚╣║║║╚╣╚╣╔╣╔╣║╚╣═╣ ╠╗║╚╝║║╠╗║╚╣║║║║║═╣╚═╩══╩═╩═╩═╩╝╚╩═╩═╝ 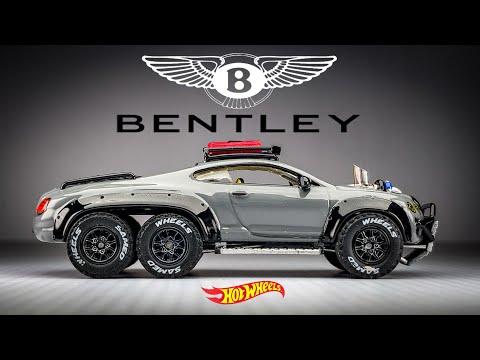 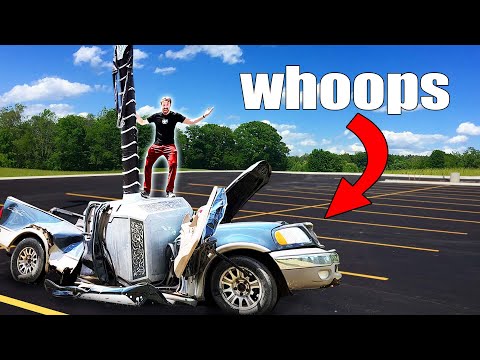 Install Raid for Free ✅ Mobile and PC: https://click.fan/RAID_Hacksmith2 and get a special starter pack 💥 Available only for the next 30 days 💥 Thanks to Raid for sponsoring today’s video!

Big thanks to Youth Unlimited TriCity for the amazing artwork on the van!
@yfctricity

The Shop
The Shop is a youth mentorship program which teaches auto skills, general work skills, and sets them on a trajectory of contributing to society in a positive way.
https://yfctricity.com/locations/the-shop/
@theshoptricity

Paint With Purpose
PWP is a team of students led by staff and volunteers who come together to express themselves through painting murals and graffiti workshops in our community and building relationships.
https://yfctricity.com/locations/pwp/
@paintwithpurposepwp

Purchases made through some store links may provide some compensation to Hacksmith.

WARNING: THESE VIDEOS ARE FOR ENTERTAINMENT PURPOSES ONLY. PERSONAL USE OF VIDEO CONTENT IS AT YOUR OWN RISK. THE HACKSMITH IS A TRAINED PROFESSIONAL WHO KNOWS EXACTLY WHAT HE'S DOING. EXCEPT WHEN HE DOESN'T. DO NOT ATTEMPT TO RECREATE OR RE-ENACT ANYTHING SHOWN IN THESE VIDEOS. 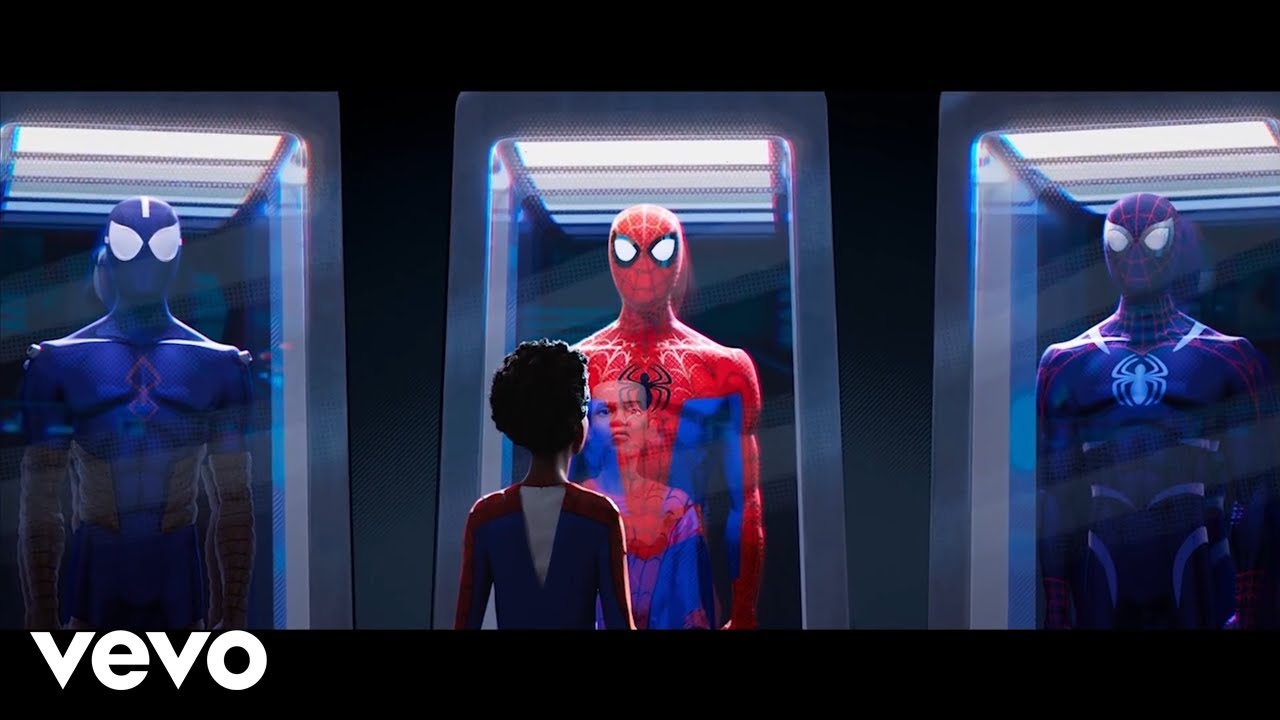 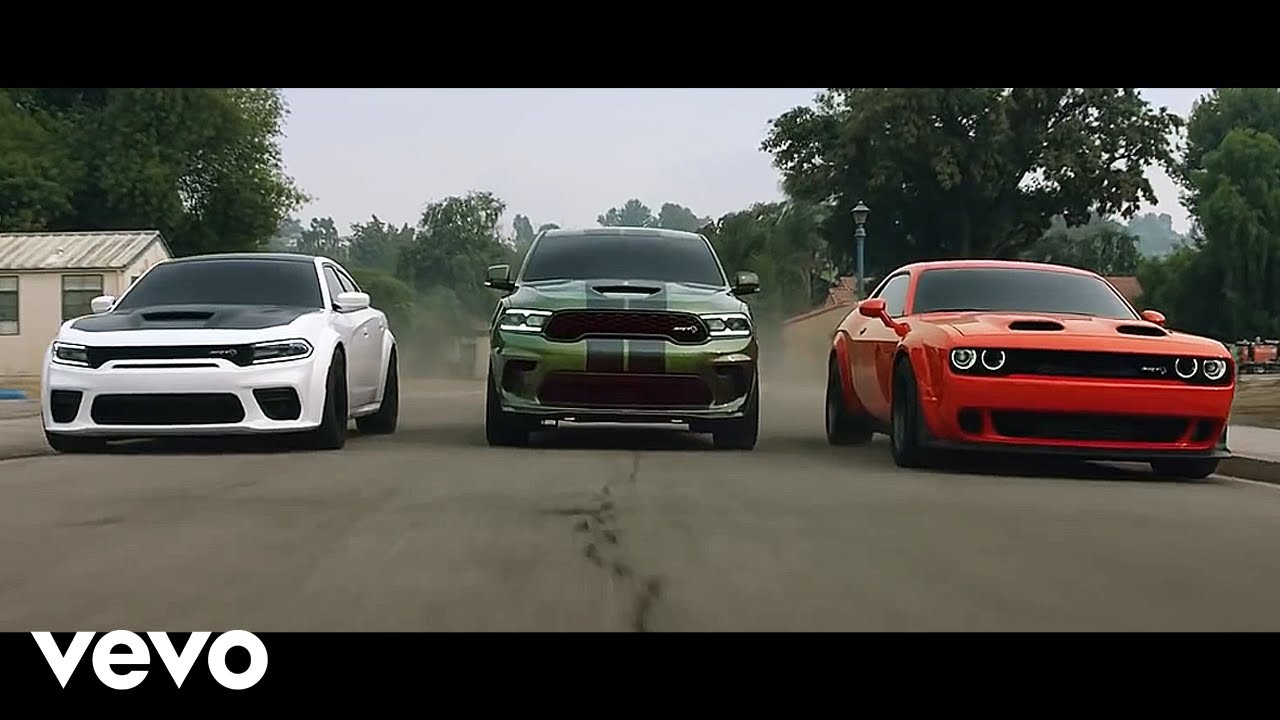 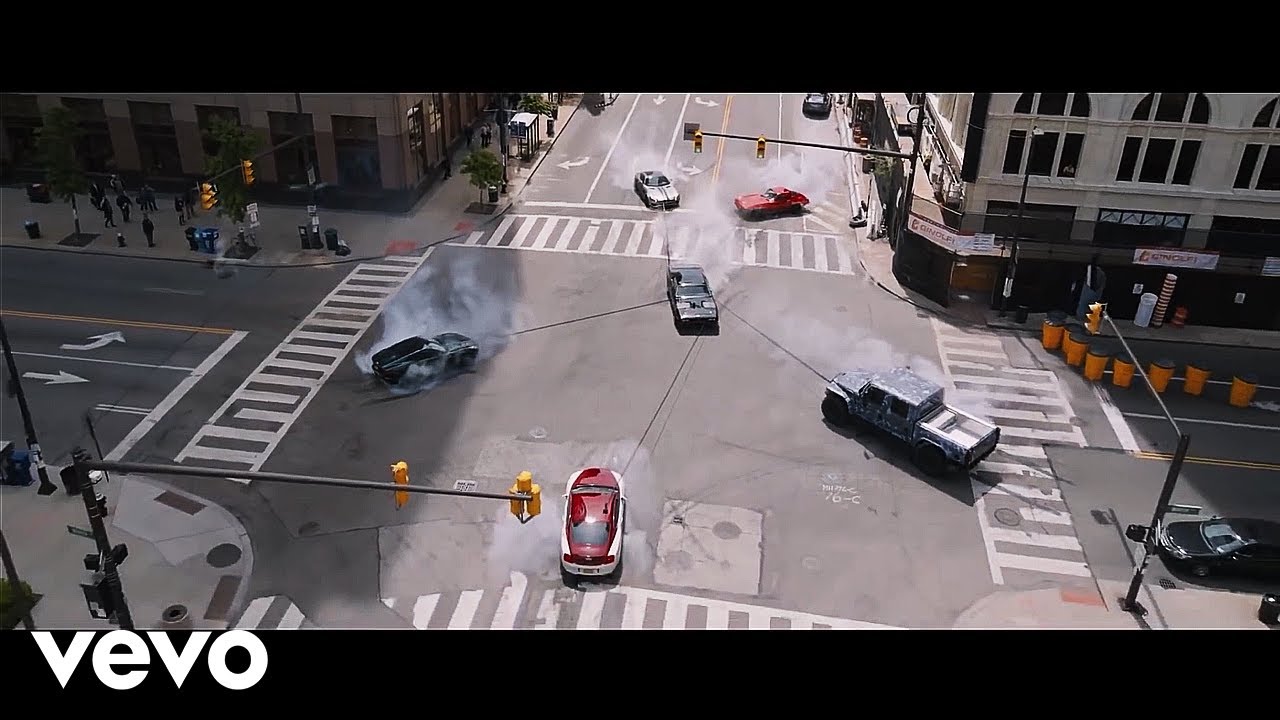 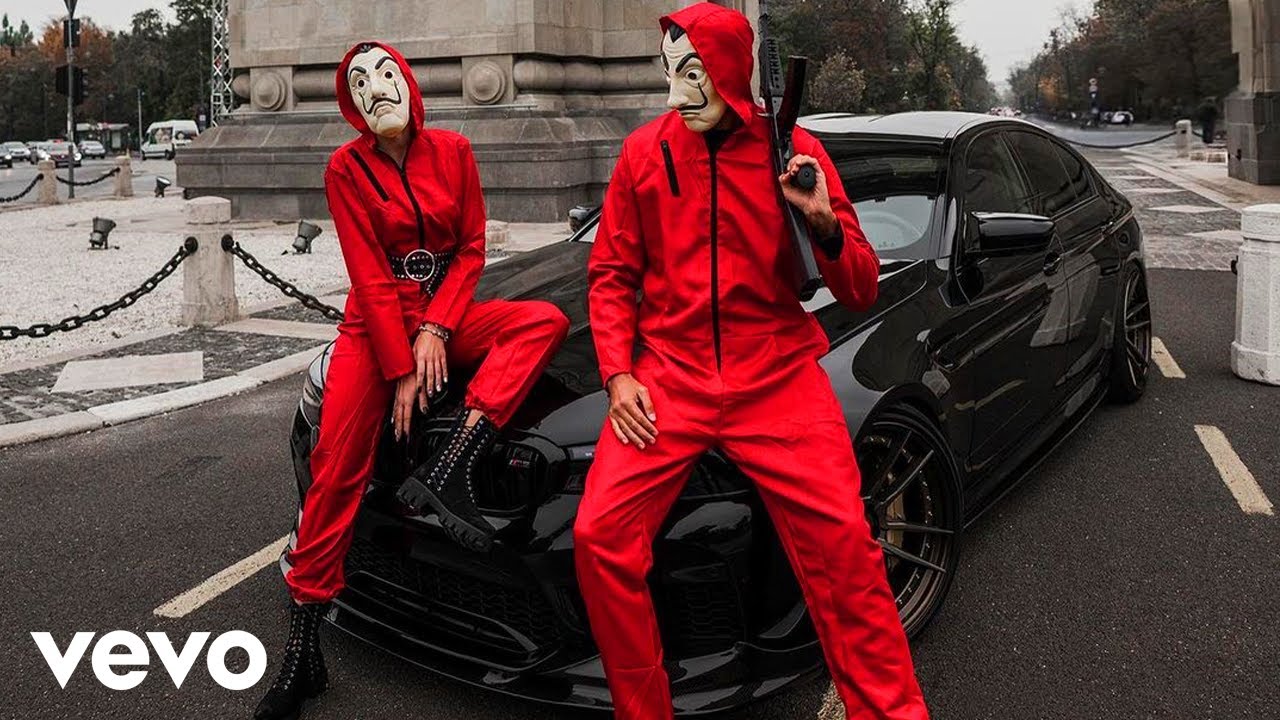